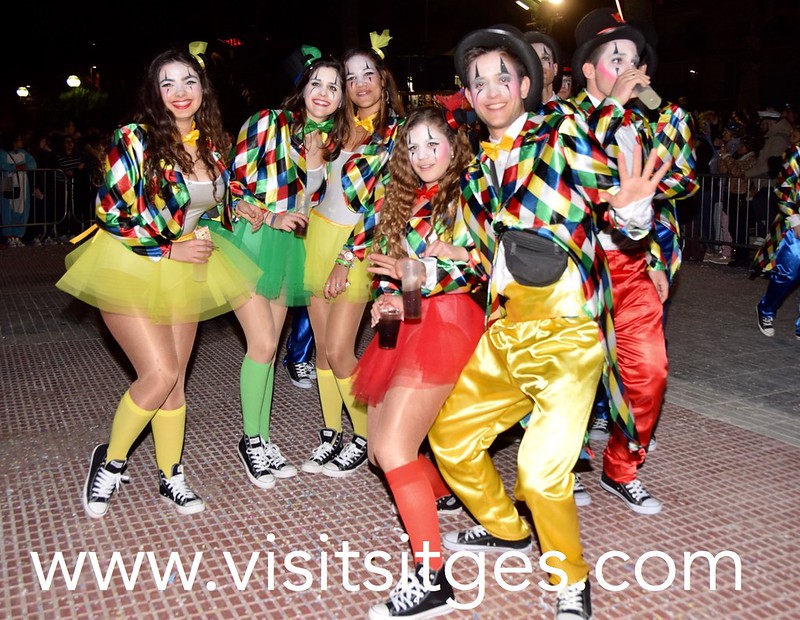 Carnival is Sitges’ most uninhibited popular fiesta. It starts on Jueves Lardo (which could be translated as Lard Thursday and would be equivalent to Mardi Gras in other Catholic countries, aside from it happening almost a week before Ash Wednesday). With the arrival of His Majesty Carnestoltes and his critical-satirical commentary on public events of the town, the King gives his permission for unlimited fun and announces the beginning of carnival.

Carnival ends and Lent begins on Ash Wednesday with the Funeral of Carnestoltes. The King is tried and sentenced to death and an effigy of his majesty is burnt. The townspeople can accompany him and his entourage to the Burial place where his testament is read.
There are around 2,500 participante grouped in 50 floats on Sunday and Tuesday night. The children’s rua involve around 1000 kids grouped in about 20 floats.

FacebookTwitterRedditLinkedInWhatsAppPinterestVkEmail
Page load link
We use cookies on our website to give you the most relevant experience by remembering your preferences and repeat visits. By clicking “ACCEPT ALL”, you consent to the use of ALL the cookies. However, you may visit "Cookie Settings" to provide a controlled consent.
PREFERENCIASREJECT ALLACCEPT ALL
Manage consent